Sunny with a Chance of Pixies 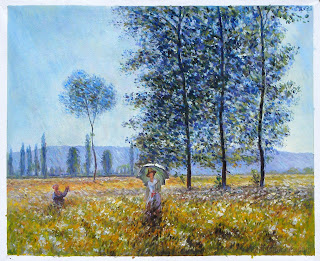 My lips seal tight against my urge to blurt, “No, you don’t.” Instead, I spend a moment taking a deep breath before turning to squint across the sun drenched meadow at the man who is trying oh-so-hard to impress me with his spryte-hunting prowess. The problem is, he can’t tell the difference between a spryte and pixie, so keeps harassing innocent pixies.

Yeah, okay, maybe the words “innocent” and “pixie” don’t really belong in the same sentence. But in this case, we’re looking for the pranksters who nearly caused Felicia Hunstable to drown. Technically, stealing a girl’s bathing suit while she swam then convincing her there was a crowd on the shore sounds like it could be the work of a gang of pixies, yes, but pixies only approach water when there are no local sprytes. And as of last summer, there are sprytes in the pond in question.

My fingers grip the handle of my parasol as I slowly turn to look at Simon. He rises from his knees with something clutched in his hands. The something squirms and yells at him in the high-pitched language the flying fae prefer. I translate cursing and threats about what happens to evil humans who disrupt people mid-nap.

“Oh.” He frowns, like it never occurred to him that a spryte wouldn’t be hanging out in the middle of a dry field. “But she’s blue.”

“Excuse me?” comes an affronted voice now speaking in English. The pixie zips out of Simon’s now-open hand but hovers nearby as she glares at him. “I am clearly blue like a periwinkle and not blue like a waterdrop. Do you really thinks all winged people like alike?”

The pixie produces a loud harrumph. “I’ll have you know, there are a variety of winged creatures that can be blue, including pixies, zephyrs, elves, dragons, and birds!”

“Birds?” Simon’s face squishes up. “And elves? They’re as big as I am! And dragons are even bigger!”

“So?” The pixie waves a hand through the air. “It’s not like people can’t change size.”

I’d have stopped him from saying that if there had been time, but there wasn’t, so I’m left rushing toward them screaming, “No! Don’t!”

The pixie ignores me, of course. She tosses a cloud of dust at Simon and smirks as it swirls around him.

He has time to squeak, “What’s happening?” before the magic settles over him and goes *pop!* A heartbeat later, he’s looking up at me from a very long way down.

I sigh. “I can’t say he doesn’t deserve it,” I tell the pixie. “But I was counting on him to help me with the sprytes.”

“Why?” she asks. “Where you going to catch them in the act of drowning him after he insulted them?”

“No.” I tuck my parasol handle under my chin so that I can use my hands to move my skirts enough that I can sit on the grass. I hold a hand out and tell Simon, “Hop on before you get eaten by an eagle.”

Simon directs wide eyes up at the clear skies. There are, in fact, multiple birds in view. He climbs onto my palm without argument, then moves onto my shoulder when I raise my hand to it.

The pixie, for reasons I’m unclear on, stays close as I climb back to my feet. “This moveable shade of yours is nice,” she says.

“It is,” I agree. If she’d been human, the response might have seemed rude, but thanking her for the compliment would have been the rude approach to a pixie.

As I start to walk away, the pixie flaps her wings to stay next to me. “You should apologize for waking me.”

I laugh. “You’re not the first faerie creature I’ve ever met. I know better than to acknowledge a guilt that isn’t mine. It was my associate who woke you and you’ve already retaliated against him.”

“Fine,” she mutters. “So you don’t owe me your moving shade. We can trade for it.”

“Are you sure? I can make your male his normal size again.”

I snort. “That dust you spread on him won’t last more than a week anyway.”

“You woke a pixie,” I tell him. “It’s a fitting sentence. Stop whining.”

The pixie laughs. “I like you, human female. You may call me Perry.”

That’s not her real name, of course. A faerie of any type will never give you their real name. But it’s a name, and that’s more than you’ll get out of most of them. I smile and give her a nod of my head. “You may call me Lady.”

Perry stares at him for a heartbeat, like she can’t believe he really just gave her his actual name. “Wow,” she says as she turns her attention back to me. “You like them dumb, don’t you?”

“I never said I liked him.”

Pixie laughter chimes across the clearing. “No, you didn’t, did you? You said you needed him. What for?”

“You know the new sprytes over by Miller’s Pond?”

“Miller’s Pond,” she snorts. “A generic name if I ever heard one. Humans are so uncreative. We call it Shesharah yhk Nihaal.”

“Amethyst at Sunset?” I translate. “Is it really, or do you just call it that?”

“You speak Saykahee?” she asks, naming the elven language we just used.

“I’m good with languages.” I shrug before I remember Simon’s on my shoulder, and he yelps as he grabs at the fabric of my dress. Ooops.

“What did the sprytes do?”

I tell her and she starts to laugh. “That’s funny,” she says. “And the girl didn’t actually die, so why do you care?”

“I care because now the humans on the town council are talking extermination. This girl may not have died, but it was close enough they’re worried someone else will. So I need to get the sprytes to appear, then tell them we need to negotiate an agreement.”

“Like you have with my people?” Perry nods. “And your idiot here was supposed to bait them into coming out? Why not do it yourself?”

“Sadly, I’m not allowed to do it alone. My agency requires all agents be accompanied when they’re interacting with intelligent non-human species.”

“Agency?” She peers at me with no small amount of distrust. “Enchantments Regulation Burough?”

“No,” I say emphatically. “I’m not ERB. I’m actually employed by a nonprofit organization called All People Are People.”

I nod agreeably. “But not a silly concept. We fight against organizations like the ERB, who believe that humans are somehow better than magicals and faeries.”

“Ah.” Her eyes drift to the side as she nods. “So… They don’t care what size your companion is, right?”

That startles an amused snort out of me, which has Simon scrambling for a hold again. “I don’t suppose so.”

Perry grins. “Well, alright then! And since you’re a friend to faerie types, I’m even willing to help you for the small price of your moveable shade!”

“It’s called a parasol,” I tell her. “You can buy them in town. O’Donnagal could even fashion one closer to your size.”

This time, I remember not to move the shoulder Simon’s perched on as I tilt my head to the side. “And what will you do to earn it?”

Before she can answer, Simon butts in with, “Can you even carry it?” Which is a pretty silly question as it’s common knowledge that pixies are much stronger than they would appear to be and can easily lift a full grown human.

“Of course she can,” I answer swiftly, hoping to avoid her taking offense.

I was too late, though. The damage was done as soon as Simon spoke. Perry narrows her eyes at him and tosses another handful of dust his way. For a second, he screams. But then the sound cuts off abruptly. He doesn’t collapse, though, so I know he isn’t dead. “Silencing spell?” I ask.

“Yes,” Perry confirms. “Was that enough to earn your shade?”

Even though I probably shouldn’t, I laugh. “Yeah, alright. I’ll pass by on my way back from the pond and give it to you then. The sun will hurt me if I hand it over now.”

Perry nods. “Alright. But I’m coming with you to make sure you don’t go back on your word. Everyone knows that humans can lie.”

“Fair enough.” I give her a smile and start walking again, somehow sure that even after I give her the parasol, I won’t soon see the last of my new acquaintance.

The above image is "Sunlight Under the Poplars" by Claude Monet.

The image was offered as a prompt on my writing prompt project Wording Wednesday, more information about which may be found at https://wordingwednesday.blogspot.com/
Posted by Andy Brokaw at 9:14 PM No comments: